placeless films llc. (“Aflam bila Makan” in Arabic) was founded in 2013 in Beirut, Lebanon and is led by women filmmakers Lara Abou Saifan and Niam Itani.

The company produces select films by aspiring and seasoned filmmakers and provides advisory support on a whole spectrum of areas in film production. Our expertise is in film financing / production, script consulting and story development.

placeless films is committed to producing and supporting short & feature films that bring social and/or human issues to the fore. We will develop and produce projects that have the potential to create, nurture and grow positive change in the world.

Current and future credits under the banner of placeless films include Anna Fahr’s “Valley of Exile”, Hussen Ibrahim’s “Tide”, Racha Najdi’s “Dear Cairo” (2021), and Niam Itani’s feature documentary film, “Twice Upon a Time”, winner of the Best Documentary Award after its World Premiere in Beirut (Lebanese Film Festival, June 2016), among others.

The company is also producing Itani’s feature fiction film, “Shadow of a Man”. The film received a development grant from the Doha Film Institute and a production grant from the Arab Fund for Arts and Culture and participated in multiple labs and workshops both in the Arab World and Europe. 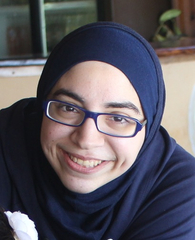 Niam’s projects have been selected for grants and industry events by the Doha Film Institute, Arab Fund for Arts & Culture (AFAC), European Producers Network, and the Rotterdam Film Lab, among others.

Itani holds a BA in Communication Arts and an MA in Mathematics Education from the Lebanese American University in Beirut (Lebanon), as well as an MFA in Screenwriting from Hollins University in Roanoke, VA (USA). She has taught scriptwriting and video production at both her alma matter and conducted multiple screenwriting and filmmaking workshops. 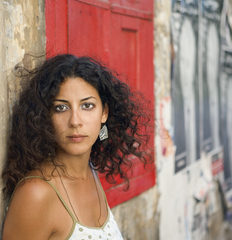 Lara Abou Saifan is a veteran Palestinian/Lebanese producer and production manager based in Beirut. Lara has more than twenty years of experience working on documentary and TV productions that aired on channels like the BBC, Al Jazeera, ARTE, MBC, the Sundance Channel, to name a few.